The films are in the process of being posted via third party. You can watch trailers in the meantime. “Hindenburg Omen” and  “Dinosaur Park”  are available on Amazon Prime. 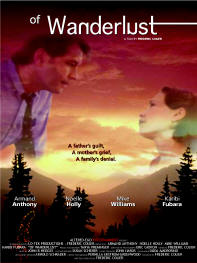 Since the death of their child, Griz and Regan have become estranged. Griz grows suspicious of Regan’s way of grieving, venturing outside the matrimonial bond. Riddled with his own guilt, Griz is propelled to act, only to be ensnared in a scheme far worse than he could have imagined. 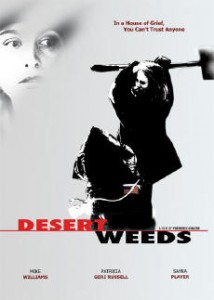 After losing her son in Iraq, Louise, still grieving, is forced to give up the control of her company. Craig and Susan have gone broke, spending their savings in unsuccessful attempts to have a child. Craig, in desperation, comes up with a scheme to raise money. His first client, Louise . . .

Wilma has been feeling lonely since the death of her dog. Her club is her only tie to the world. Jason, her son, neglects her, too absorbed in his pursuit of happiness. Alone in her large Upper West Side apartment, she watches the world go by from her window, until the day a ball rolls into her living room.  Shot in December 2005. With Jane Deeken, Mike Williams, Alyssa Klein, and Victoria Adami. Written, Produced and Directed by Frederic Colier. DP: Vladimir Subotic. A rough mixed version of the film screened in March as part of the Tribeca Underground Film Festival screening series.

Ruminations on You and Me, 2006, 5′ (short film, written by Victoria Clark).  A meditation about a woman on the nature of friendship among women. 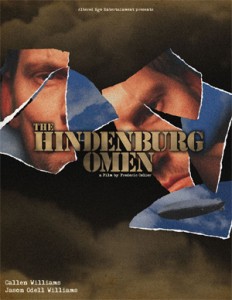 Logline: A professional tennis player struggling with the discovery that he is a child of rape falls prey to an unscrupulous advertising executive and is led to believe that he is a latent rapist.

Synopsis: Professional tennis player Farley McMan has been tormented since learning that he was a child born of rape. Terrified that his inherited DNA may have corrupted his core self, Farley watches his life spiral out of control. Disturbed by recurring nightmares, he keeps himself awake. Unable to focus on his tennis game, he loses clients. He becomes isolated and estranged from his mother who kept the rape a secret from him. Out of recourse, he asks an old acquaintance, Jason, a slick advertising executive, for help. Eager to win a big promotion at his company, Jason conspires to exploit Farley’s fear and incorporates him in a revolutionary advertising campaign. Playing on Farley’s vulnerability, Jason coaxes him into believing that he is a sexual predator and a stranger to himself. Farley grows even more confused about his sense of self. Yet the unbearable situation becomes a catalyst for a major reversal that ultimately allows Farley to find a lasting peace. 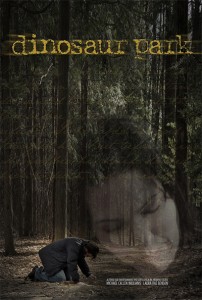 Dinosaur Park, 2009, feature film, drama, 78′ (written and directed). Based on my play “The Proposal.” Full feature soon available on streaming.

Tagline: Know yourself before getting know others. Synopsis: Justin, a blocked writer, has resolved to propose to Kate, his long-term girlfriend. In order to surprise her, he plans a romantic weekend in the country.

Problems springs to life when the night before proposing, Justin reconnects with his long-gone inspiration. He is not so sure anymore about his plan . . . 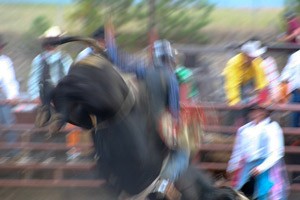 This documentary takes a close look at four bull riding schools across the continent: CT, OK, CA and OH, the people behind them, their personalities, their divergent riding philosophy, and of course at their students, who on their way to become great bull riders have to go through lots physical and emotional pains. 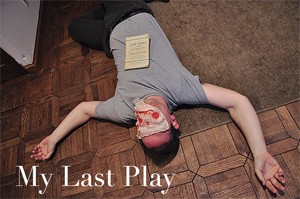 My Last Play, 2012, feature documentary about Brooklyn playwright Edward Schmidt, and his pocket theatre (written and directed by).

(Streaming soon) Failed playwright Ed Schmidt calls it quit. Eager to reinvent himself, he moves to Arizona to open his own church. Easier said than done, but where to find a congregation in a desert?

Made in China, projected feature film (written and to be directed)

This story depicts the struggles of two brothers, Roy and Mike, who have to come to term with thier unresolved past. Located in a small town of upstate New York, the two brothers live together in a controlled animosity until the day a Chinese woman, Maggie, intrude in their lives. Roy, who has been confined to a wheelchair for the last twenty years and who secretly had hoped to land a dream job faraway is not so sure anymore about his goal. Mike, who has just lost his job, his factory having relocated to China has a different idea. . .